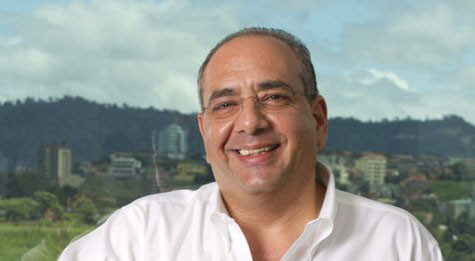 As international lenders retreat from Central America, one local bank is aggressively seizing the opportunity to gain market share

A decade ago, Honduras’ Grupo Financiero Ficohsa set out to expand its loan portfolio and position itself as a leading consumer bank in Central America. Ficohsa’s portfolio lacked balance at the time — corporate loans made up 94% of the business and consumer banking lagged behind with the remaining 6%. This year, following a strategy that has included acquisitions, IT developments and a revised focus on small and medium-sized enterprises (SMEs), Ficohsa has expanded consumer lending to comprise 25% of the portfolio.

But the most eye-catching developments have been Ficohsa’s acquisitions. At the start of the 12-month period under consideration for the Bank of the Year Award — July 2014 — Ficohsa took control of Citi’s consumer and credit card business in Honduras. The transaction is the biggest ever undertaken by a Honduran bank, and instantly marked the lender as the country’s largest.

Less than a year later, Ficohsa was on the acquisition trail again. In March, it agreed to acquire Citibank’s consumer business in Nicaragua. Ficohsa bought Citibank de Nicaragua and Cititarjetas de Nicaragua, adding roughly $255 million in total assets, a loan portfolio valued at $171 million and $197 million in deposits.

The ambitious nature of Ficohsa’s moves to take advantage of international banks departing Central America, combined with a long-term growth strategy has led LatinFinance to name Ficohsa as Bank of the Year Honduras and overall Bank of the Year 2015.

«Even before the acquisitions, we were on a steadily growing path,» says Ficohsa’s chief executive officer Camilo Atala. «But the acquisitions were a strong symbol of our intent, and now, not only are we the largest bank in Honduras, but also the largest insurance company in the country.»

Ficohsa is present in Guatemala, Nicaragua, Panama and Honduras, and had more than $4 billion in assets at the end of June.

As Ficohsa settles into new markets, Honduras remains its primary source of growth. The bank has stayed ahead of local competitors so far this year, with a loan book of $2.06 billion in June 2015. That has grown 2.8% over the year, and gives it a 21.1% market share locally.

Ficohsa’s dominance in Honduras is plainly seen in the consumer loan sector. The bank expanded its consumer loan portfolio by 4.9%, to $651 million, between July 2014 and June 2015 and held a commanding 36.7% market share, far ahead of BAC Credomatic, with 17.5%, and Banco Atlántida, with 10.8%. Ficohsa also provided $289 million in mortgage loans from July 2014 to June 2015, maintaining the top spot with a 17.7% market share and beating its rivals Banpaís and BAC Credomatic, which recorded $274 million and $229 million in mortgage loans, respectively.

Ficohsa’s status in its home market was evident in April this year, when it partnered with JPMorgan and US-based infrastructure lender Corporación Interamericana para el Financiamiento de Infraestructura to provide $145 million in financing for the 76-mile Corredor Turístico highway. JPMorgan only committed to the loan after the sponsors, Colombian construction firm Grodco and local developer Prodecon, brought Ficohsa on board, one source said at the time. The loan also marked the first time an international commercial bank had worked on a deal in Honduras since 2009.

«Not only have we consolidated our position at the top of Honduras’ financial services sector, we are now among the top financial groups in Central America, after only making our first inroads into regional expansion about four years ago,» Atala says.

A focus on services for SMEs is another key component of Ficohsa’s growth strategy, and the bank opened a center solely for its SME clients in August this year. Atala says that SMEs have become a driving force in Central America’s economies in the last three years and Ficohsa sees an opportunity to capitalize.

«At Ficohsa, we are committed to accompanying the exponential growth of this business sector,» he says. «In general, the SME sector has been largely unattended to by financial institutions.»

To break the mold, Ficohsa offers its SME clients credit lines and international services, such as foreign currency purchases and international transfers, which is something new for Honduras’ banking system, Atala says. Cabei recognized Ficohsa’s commitment to SMEs in Central America and granted a $34 million line of credit to finance the bank’s SME business. «The SME sector needs the support of the banking sector. In Central America, SMEs are the backbone of our economies,» Atala says.

«We will soon be launching a new Ficohsa banking app on smartphones, allowing our clients to conduct their banking needs whenever they want and from wherever they want,» Atala says. «For us local banks, it is important to have strategies to meet the people’s technological needs and develop products that correspond with important changes in the tech space.»

Through a combination of personalized products, a diversified loan portfolio and a willingness to innovate, Ficohsa has set the foundation to grow further. The bank ranks among the top performers in Honduras, but Atala is aware that expansion throughout Central America is vital to its continued success. Central America has seven countries with small populations, and each market makes little impact on its own. The region must be united, and banks need to lead the move towards integration, Atala says. With a growing foothold in Panama, Guatemala and Nicaragua, Ficohsa is on course to do just that.

Once Ficohsa completes the acquisition of Citibank’s businesses in Nicaragua, Atala is confident the bank can compete with the region’s largest players, such as BAC Credomatic and Scotiabank. «As lenders in Central America, we are all facing challenges. It’s a highly competitive market, but there are opportunities available,» Atala says.

«Now that most international lenders have left the consumer banking space, it is important that we local lenders have strategies in place in certain areas to maintain growth.»